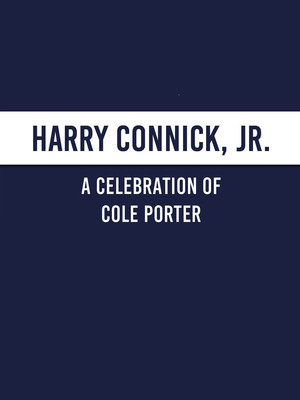 he makes the show flow like the most sparkling of wines.

Why See Harry Connick Jr. - A Celebration of Cole Porter?

Multiple Grammy Award winner Harry Connick Jr. explores the genius of the iconic Cole Porter in this brand new show exploring his beloved repertoire. Performing hit such as 'Anything Goes' and 'I Get A Kick Out of You' among many others, let Harry take you on a wonderfully entertaining journey as he re-imagines Porter's classics in his own inimitable style.

As a recording artist Connick has sold more than 25 million albums worldwide. His film and TV credits include a huge variation in roles in Independence Day, Hope Floats, My Dog Skip, The Iron Giant, Bug, South Pacific, and Will and Grace. In addition to that familiar voice, he is also a hugely talented musician and bandleader - playing all the instruments on the corresponding album to this show - True Love: A Celebration of Cole Porter.

An American legend, Cole Porter's influence on popular music cannot be understated. A multiple-award winner in his lifetime, he left behind a body of work that still moves audiences all over the world to this day.

Seen Harry Connick Jr. - A Celebration of Cole Porter? Loved it? Hated it?

Sound good to you? Share this page on social media and let your friends know about Harry Connick Jr. - A Celebration of Cole Porter at Nederlander Theater.