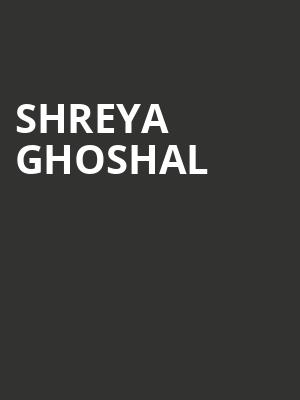 A must-see for Bollywood fans!

one of India's leading ladies of entertainment

This two-time National Film Award and six-time Filmfare Award-winning Indian playback singer is a world-wide sensation thanks to a successful career which stretches across the music and film industries. Winning the Filmfare Best Female Playback Singer Award four times (2003, 2004, 2008, 2009), Shreya is one of the most popular singers in India and even has a wax figure in London's famous Madame Tussauds museum!

Destined for stardom from a young age, Ms Ghoshal started her training in classical music when she was just six years old! Her big break came in her teens, when she won the television singing contest Sa Re Ga Ma Pa in 2000 and the rest, as they say, is history. These days you can find her elegantly balancing her film and music careers in-between travels that take her around the globe and back home to Mumbai.

Sound good to you? Share this page on social media and let your friends know about Shreya Ghoshal at Nassau Coliseum.