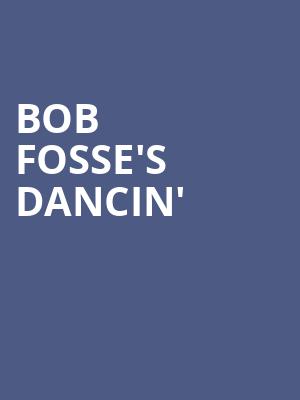 We plan on delivering a Dancin' that is every bit as eclectic and uplifting as the original, full of all its inherent edginess, but is also relevant to our current era

tapping its way to broadway

Famous as the musical with choreography so tricky that it's never been revived since its original 1978 run, Bob Fosse's Dancin' is being revived! Choreographed and directed by original cast member, Tony-winning Wayne Cilento, Dancin is expected to make a Broadway bow in the 2022 - 2023 Season. Boasting an eclectic score made up of myriad genres from Mozart to Neil Diamond, Cilento promises a relevant update, expanding the piece in tribute to Fosse and his far-reaching legacy.

Originally conceived as a response to the success of dance-heavy A Chrous Line, Dancin' was a revue that showcased Fosse's broad approach to dance and imbued with his trademark emotion, heart and humor. With styles crisscrossing through many genres, including classical, pop, jazz, marches, and more. While it is true that it has never successfully been revived until now, that does not dim it's legendary influence. Catch what is sure to be a must-see as it lights up the Great White Way once again!

Photo by Tommy Kwak on Unsplash

Janna Krouse: “DANCIN LIKE YOU HAVE NEVER SEEN DANCIN!”

I was fortunate enough to see this show 8 times. So to say I am obsessed... more

Sound good to you? Share this page on social media and let your friends know about Bob Fosse's Dancin' at Music Box Theater.