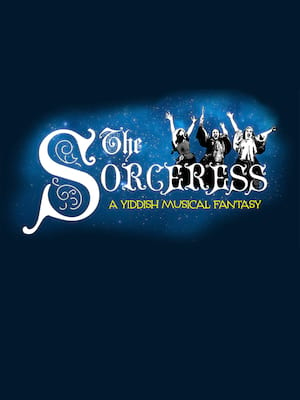 Why See The Sorceress?

In Yiddish with English and Russian subtitles.

Following the smash-hit success of their incredible Fiddler on the Roof in Yiddish, the National Yiddish Theatre Folksbiene return with this magical musical fantasy from the father of modern Yiddish Theatre, Avrom Goldfaden. Starring Mikhl Yashinsky in the sought after role of the Sorceress, prepare for an adventure of illusion, intrigue and not least, suspense: will Good trump Evil?

The tale of an innocent young heroine and her dashing fiance, a devious stepmother, and a scheming wicked witch, The Sorceress was written in 1878 and brought to America in 1882 by a 14-year old Boris Thomashefsy, who would go on to become one of Yiddish theatre's biggest names.

The Sorceress fulfills the Folksbiene's commitment to rescuing and restoring the essential music, lyrics, and scripts of the Yiddish theatre. The fully restored orchestrations are based, in part, on pre-Holocaust musical arrangements which were saved from destruction at the hands of the Nazis by the famed "Paper Brigade" of the YIVO in Vilna, who risked their lives to save thousands of unique documents and manuscripts.

For groups of 10 or more, please contact Itzy Firestone at groupsales@nytf.org or call him at (212) 213-2120 x 204 for assistance with sales, pricing, and packages that include kosher meals.

Sound good to you? Share this page on social media and let your friends know about The Sorceress at Museum of Jewish Heritage: Edmond J. Safra Hall.