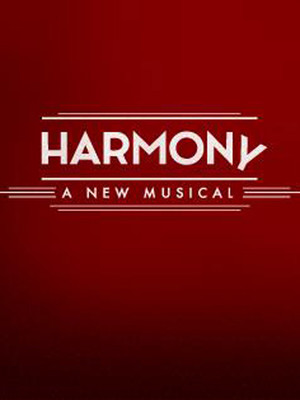 Following a gestation period of over two decades, Barry Manilow and Bruce Sussman's elegant musical about the Comedian Harmonists finally makes its New York bow in 2021. First seen at San Diego's La Jolla Playhouse in 1997, and revived in Los Angeles in 2014, let's hope its long journey to the Great White Way proves to be a worthwhile one!

With music from Manilow and lyrics and book by Sussman, this inspiring piece tells the story of the Harmonists, an all-male group of German Jewish and gentile singers who found fame in Europe in the 1920s, before conquering America. But as they began to reach their peak, the world around them was cast into tumult by the growing rise of fascism and the Nazi regime. Through a graceful score that blends elements of jazz, folk and popular songs of the day, follow this extraordinary group of friends - and their quest for true harmony during turbulent times.

Music by Barry Manilow
Book and Lyrics by Bruce Sussman

Seen Harmony? Loved it? Hated it?

Sound good to you? Share this page on social media and let your friends know about Harmony at Museum of Jewish Heritage: Edmond J. Safra Hall.