You can catch Almost Queen at Sound Waves at Hard Rock Hotel and Casino in Atlantic City, showing May 23, 2020

Almost Queen is also touring to:

You are viewing a past performance of Almost Queen

You can catch Almost Queen at the Bergen Performing Arts Center, showing April 17, 2020 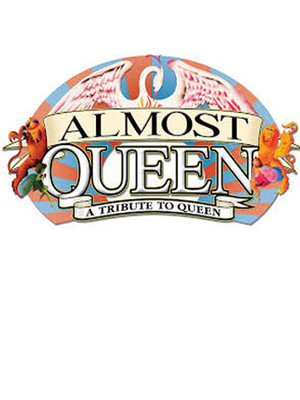 British rock icons Queen graced us with some of the greatest songs ever written. Fronted by the incomparable Freddie Mercury, Queen welded together glam, music hall and prog into an irresistible mix, and wrote anthems as likely to be belted out at a football stadium as a karaoke bar. Almost Queen are America's premier tribute act, featuring Joseph Russo as Freddie Mercury, Steve Leonard as Brian May, Randy Gregg as John Deacon, and John Cappadona as Roger Taylor. Their shows are pitch-perfect recreations of the band, from their music to their costumes and stage demeanor.

Expect to hear a treasure trove of Queens greatest numbers, including 'Bohemian Rhapsody,' 'Don't Stop Me Now,' 'I Wan't to Break Free,' 'We Will Rock You,' 'A Kind of Magic,' 'The Show Must Go On,' 'Crazy Little Thing Called Love,' and many more.

Sound good to you? Share this page on social media and let your friends know about Almost Queen at Mulcahys.