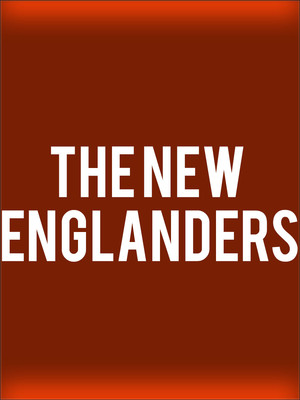 Can you ever really live the life you envisioned? In a mixed race family, a teenaged daughter and her dads are each trying to find happiness.

Why See The New Englanders?

The New Englanders follows the story of Eisa who aspires to be the next Lauryn Hill but feels like she is going nowhere in her quiet New England town. The play also focuses on Eisa's two fathers who both have their own issues to deal with - one who is trying to re-kindle an old romance, the other who wants to stay on the life path he's already embarked on.

The New Englanders was written by Jeff Augustin who has also conceived the plays 'The Last Tiger in Haiti,' 'Little Children Dream of God' and 'Cry Old Kingdom.' Growing up, Jeff Augustin has previously stated how Haitian folklore inspired his imagination and helped him to write stories. Tales of runaways, new identities, spirits and deities influenced the playwright's work.

Seen The New Englanders? Loved it? Hated it?

Sound good to you? Share this page on social media and let your friends know about The New Englanders at New York City Center Stage II.