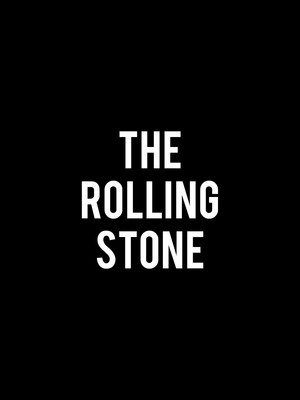 Why See The Rolling Stone?

The American Premiere Of The Poignant Family Drama

Nominated for six Off-West End Theater Awards, including Best New Play and Best Production, during its critically acclaimed London run in early 2016, up and coming English playwright Chris Urch's The Rolling Stone makes its American debut at intimate Off-Broadway gem the Mitzi E. Newhouse Theater this summer. An arresting, thought provoking family drama, it drew much praise for its nuanced and intriguing portrait of Uganda, its terrifyingly strict anti-homosexuality laws and the people caught up in the ensuing tumult.

Rising Broadway star Ato Blankson-Wood portrays Dembe, an 18 year-old Ugandan who is forced to conceal his relationship with Northern Irish doctor Sam amidst rising suspicions in the community. The so-called crime of homosexuality may recently have lost the death penalty, but a new law has recently come into force that encourages citizens to out those they suspect of being gay. At odds with his brother's sexuality and hidden lifestyle, his brother Joe, pastor of the local church, and sister Wummie are fully aware of his relationship with Sam and face increasing pressure to report him.

Excellent portrayal of a tragic dilemma: how a religiously inspired Ugandan... more

Sound good to you? Share this page on social media and let your friends know about The Rolling Stone at Mitzi E Newhouse Theater.