Sorry! You missed Is Anyone Alive Out There? at Minetta Lane Theater 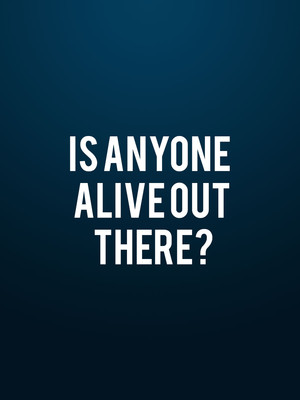 Is Anyone Alive Out There?

Why See Is Anyone Alive Out There??

Who Knew The Apocalypse Was So Funny?

After its 2018 announcement that Off-Broadway gem the Minetta Lane Theatre was to be its creative home in the Big Apple, Audible, the world's biggest digital marketplace for downloadable books and other spoken-word delights, went on to produce a diverse range of plays, panel discussions and comedy shows featuring the likes of Carey Mulligan and Billy Crudup. Next up, they present a brand new musical comedy Is Anyone Alive Out There?', created and performed by Noel Carey and Julia Mattison for four special performances only.

Best known for their hilariously entertaining web series Brooklyn Sound, dynamic comedy duo Carey and Mattison won an Audible and New York Television Festival pitch competition, resulting in this commission. Its story follows two radio hosts who are completely stranded in their studio after a fire and brimstone apocalypse event. Searching for other survivors on the airwaves, their broadcast descends into a cabin fever-like madness as their ecclectic music supply, and their hope, dwindles.

Sound good to you? Share this page on social media and let your friends know about Is Anyone Alive Out There? at Minetta Lane Theater.