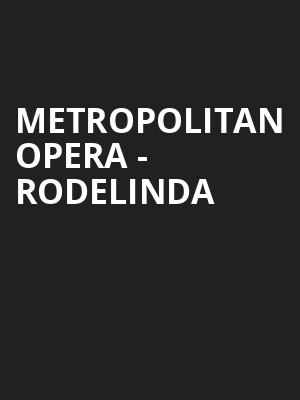 Darkness and treachery abound in Handel's bitter tale of a wife grieving the death of her husband. Forced by his usurper to love him, her loyalty and sanity is stretched to breaking point when the exiled king returns in disguise to reclaim his throne. Intense and dramatic, Handel contradicts the action with an exquisitely arresting score. Harry Bicket returns to conduct, with Elza van den Heever as the troubled queen. Please note, this product

First performed back in 1725, Rodelinda has often been seen since the baroque revival of the 1960s. Set in 17th Century Milan, it's a sprawling tale of grief, betrayal, and long wished for revenge. With the queen Rodelinda and her son at its center, she must grapple with the death of her husband whilst plagued by the distrustful men around her who want to take her off her righful throne.