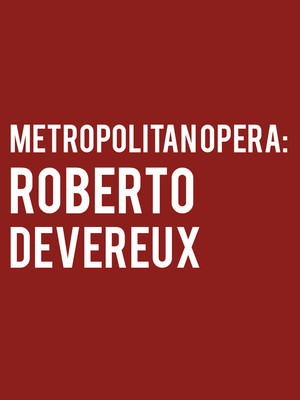 What would you do in the name of love?

Directed by Sir David McVicar! Donzietti's final work in his Tudor trilogy, concerns the life (and death) of Roberto Devereux, an influential courtier of Queen Elizabeth I. Upon his return from Ireland, where he had been exiled for suspected treason, the Queen makes a last attempt to secure his love, whilst suspecting his heart lies elsewhere, before his death warrant is sealed...

Clearly fascinated by the Tudor era and the early workings of the English aristocracy, Donzietti's three tragic works have long been seen as a master-stroke for a female performer. Here Sondra Radvanovsky plays the last Tudor monarch, completing her goal for the season to embody all three of Donzietti's queens, in a challenge last completed by Beverly Stills in the 1970's.

Besides this benchmark, Roberto Devereux concerns a heart-breaking love triangle between him, the Queen and his beloved Sara, who has married his friend in his absence. Rivalry battles on all sides as the ageing Queen's jealousy rises, but Roberto has one moral as certain death draws ever closer, he will betray the one he really loves.

Sung in Italian with titles in English, German, Spanish and Italian