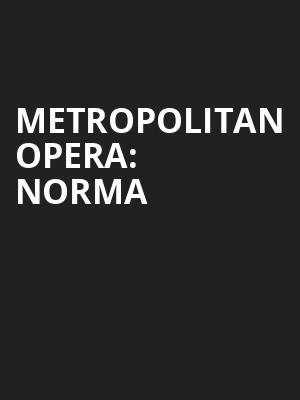 The pinnacle of the sorprano repertoire

Come Back to me

After finding herself raised up to the level of some of the genre's most celebrated singers on Sonya Yoncheva takes on the ambitious role of Bellini's iconic high-priestess in this explosive production from Sir David McVicar. A blazing love story, Norma is the story of a high priestess and her lover, Pollione, a soldier of the occupying Roman army. With torn between her own happiness and that of other people, Bellini applies the pressure, leading to a tragedy of Shakespearean proportions. Perfect for fans of Bel Canto, drama and passion!

Norma is the story of a high priestess whose people are threatened by the invasion of the Roman army. Torn between duty and desire, Norma falls in love with Pollione, a soldier, and bears his children. When Pollione's eye strays to her protege Adalgisa, Norma is stuck in a quagmire, should she reveal her betrayal to her people? War and the anger of the gods is invoked in this highly emotive drama that pits love against the bitter-sweet taste of revenge.

Sung in Italian with Met titles in English, German, Italian and Spanish

Three hours with one intermission

Angela Meade as Norma (from Oct 24)

Donna Firman: “Norma Live in HD at the Cinema”

What a wonderful spellbinding production. The cast was the epitome of... more

This opera will be in my heart and ring in my ears as long as I shall... more