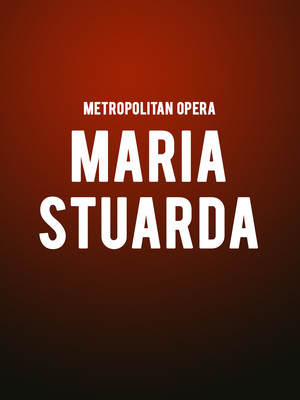 The fiery and passionate tale of Mary, Queen of Scots.

All things Tudor have come sweeping back into fashion in New York. From Hilary Mantel's epic plays Wolf Hall, through to Maria Stuarda here at the Met Opera, the intrigues and machinations of the Tudor court is once again thrillingly brought to life in this production. It is notable for showing sympathy for the deposed Mary Stuart, who Italians in the nineteenth century considered the real Queen of England over her cousin Elizabeth, the "bastard" of Henry VIII and Anne Boleyn. Starring Diana Damrau and Jamie Barton as the rival Royals.

We will take a unique insight into the final days and execution of Mary Stuart, more commonly known as Mary, Queen of Scots, the rival to the English throne which is currently held controversially by Elizabeth I. Far from being a historical account, we see the two queens in a heated confrontation over the crown- something that never happened in real life, as well as an imagined love triangle between Robert Dudley, Mary, and Elizabeth. Elizabeth is portrayed as the villain of the piece here, although in this production this has been softened somewhat to portray a sense of entrapment; she is forced to send Mary to her death, otherwise be seen as weak; the irony lies in that out of the three main players, the condemned Mary is the only one to make peace with God and her fate.

Two hours and 46 minutes with one intermission