Sorry, it looks like Metropolitan Opera: Fidelio is no longer happening on these dates 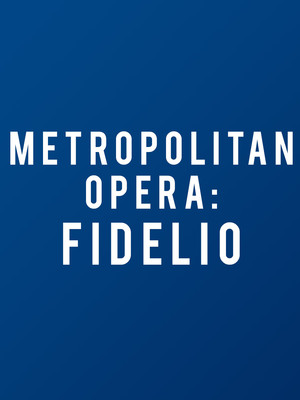 returning to the met

Soprano Lise Davidsen stars! Beethoven's only opera fizzes with heroism, sweeping you up in the story and glorious score. An ode to freedom, justice, and liberty, Fidelio is the tale of Leonore, a determined woman who creates a daring plan to free her husband from secret imprisonment. Set in 18th century Seville, this production features an all-star cast and will celebrate the 250th anniversary of Beethoven's birth.

Florestan sits in a jail cell, lamenting his current state. Imprisoned when he attempted to uncover the unsavory political machinations of the prison governor Don Pizarro, no one knows he is here, save his wife Lenore.

Afraid for her husband, Leonore takes a job as an underling to the jailer Rocco, creating a new identity as a boy under the name Fidelio. Whilst she toils for two years in his service, Don Pizarro decides to murder his detainee in secret, bidding Rocco and Fidelio begin to dig a grave for Florestan. Finally seeing his wretched character after so long, 'Fidelio' hatches a plan for his rescue, aided by the kindly Minister of Justice, Don Fernando, who just happens to be on a visit to the dungeons.

Courage, fidelity, love and resolution abound as Leonore and Florestan are reunited and corruption cast out in this truly soaring masterpiece.

Sung in German with titles in German, English and Spainish.

Two hours and 31 minutes with one intermission