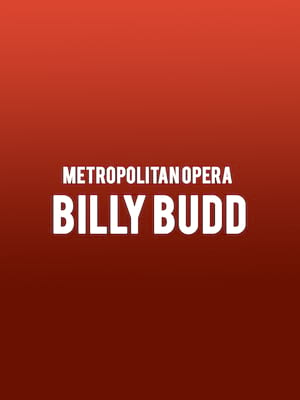 Within the scale of the traditional grand opera, Britten brings variance and aural color to a large all-male cast. Set during the French Revolutionary Wars of the late 1700s, the story takes place aboard a British warship called the HMS Indomitable. When three new recruits join the crew, one of them stands out. Billy Budd is a hard worker with a stammer and a kind nature. His goodness inspires jealousy and hatred amongst the men, and Budd's fate becomes entwined with that of the Master at Arms John Claggart and his venomous plots.