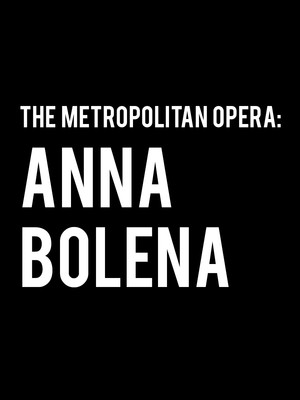 A powerful look at the last days of Anne Boleyn.

This emotionally powerful opera depicts the last days of Anne Boleyn, the doomed second wife of England's heir-mad King Henry VIII. As his attention in his wife wains, her last days at court are numbered as he prepares the altar for his mistress and Anne's friend and confidant Jane Seymour.

Defiant, but increasingly delusional as a fatal plot is cooked up against her. Betrayed by her husband and her friends, Donizetti's tragic story gives this enigmatic women a voice as execution looms.

Sung in Italian with English, German and Spanish titles.