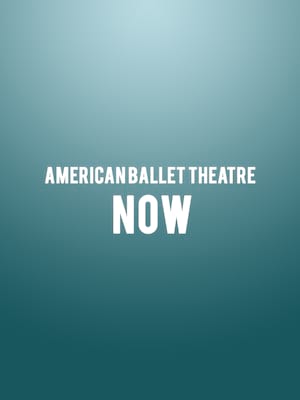 Mr. Ratmansky's details are wild. Dancers have little room to hide in "The Seasons" and perhaps the ballet's tornado ferocity is part of the point: Like the weather, it's out of their control.

Works Defining The Present & Future of ABT

Celebrating 80 years of groundbreaking dance, American Ballet Theatre proudly presents Then and Now, two programs that highlight the works and choreographers of past and present that have made a profound impact on the company's history. Now features Jessica Lange's Garden Blue, Twyla Tharp's Ghost Catcher, and Alexei Ratmansky's The Seasons.

Hailed as 'sculpture with bodies', Garden Blue was created in 2018 and was Lange's second work for ABT. A visual feast for the eyes, its fluid choreography is punctuated by the music of Dvorak. Featuring ABT principal extraordinaire Herman Cornejo, Ghost Catcher was first performed by the celebrated dancer in 2019 under the title A Gathering Of Ghosts. Also premiering 2019, Ratmansky's The Seasons is a triumphant and immediately joyful turn from the Russian ballet master.

Sound good to you? Share this page on social media and let your friends know about American Ballet Theatre - Now at Metropolitan Opera House.