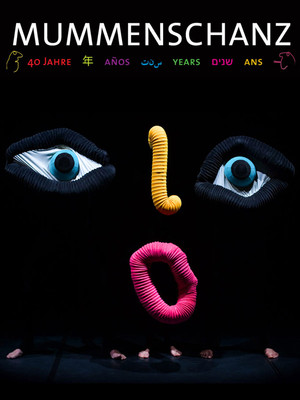 Nearly 50 years - since the founding of the legendary MUMMENSCHANZ - an important anniversary which the ensemble will celebrate with its audiences all over the world. The witty ideas of the group, founded in Paris in 1972 by Andres Bossard, Floriana Frassetto and Bernie Schurch, have been carrying away audiences all over the world. So much so that MUMMENSCHANZ have come to mean far more than a name. The work of the group has become a form of art which has put its mark on the Mime-Masque Theater, and impressed few generations of audiences.

Showgoers of all ages and culture who, led into the creative work of MUMMENSCHANZ, witness weird timeless creatures and incredible colorful forms compete to enchant them. Make sure you don't miss this once in a lifetime celebration!

Suitable for the whole family

Seen Mummenschanz? Loved it? Hated it?

Sound good to you? Share this page on social media and let your friends know about Mummenschanz at Mccarter Theatre Center.