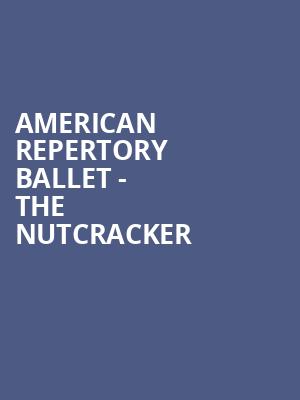 Photo by Chris Briggs on Unsplash

One of America's longest-running Nutcrackers

Joined by students from the Princeton Ballet School, the American Repertory Ballet's production of The Nutcracker is a delightful family evening for audiences young and old, and a wonderful way to ring in Christmas. Going strong for over 50 years since its first season in 1964, this New Jersey holiday tradition features a cast of over 100 performers, as well as fresh new scenery in its opening act. This long-running holiday production has garnered favorable reviews and is one of the most successful companies in the region.

A charming coming-of-age story, we follow the journey of Clara, as she embarks on an adventure that most of us could only dream of, battling giant rodents and meeting quite literally, her Prince Charming in the form of a wooden nutcracker doll, who magically comes alive at the stroke of midnight on Christmas morning. After succeeding against the evil Mouse army, they venture to a magical world filled with dancing snowflakes, sweets and flowers, all ruled over by the benevolent Snow Queen and the Sugar Plum Fairy.

Seen American Repertory Ballet - The Nutcracker? Loved it? Hated it?

Sound good to you? Share this page on social media and let your friends know about American Repertory Ballet - The Nutcracker at Mccarter Theatre Center.