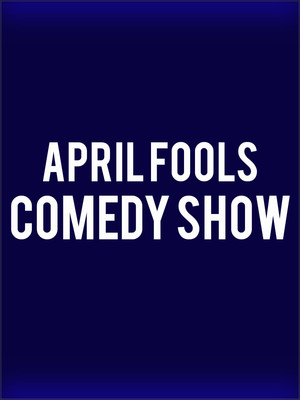 This annual April Fools Day show packs some of the country's best talent into one big night!

Performed at Madison Square Garden, this hilarious comedy show is not one to be missed as it boasts a fantastic and varied lineup of comedy greats. The one day of the year that is characterized by playing harmless pranks on neighbors, family and friends is celebrated with endless laughs from an excellent selection of comedic talent.

Hosted by Arsenio Hall, April Fools is brought to the audience by ultra-funny guys Tommy Davidson, Don Curry, Michael Blackson and Arnez J. Hall broke into the comedy circuit with his late night talk show, The Arsenio Hall Show which had heaps of funny conversation from 1989 until it ended in 1994, before being revived in 2013 for a year. This performance will act as a small comeback for the star who has taken a break from the spotlight but is ready to once again take center stage.

Sound good to you? Share this page on social media and let your friends know about April Fools Comedy Show at Theater at Madison Square Garden.