Sorry! You missed A Christmas Story at Theater at Madison Square Garden 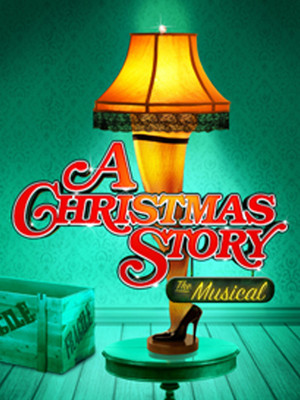 There is a showstopping musical number in each act, one featuring a kick line of leg-shaped lamps, the other showcasing an impressive tap solo by a youngster named Luke Spring. There are also two live, crowd-pleasing dogs.

Why See A Christmas Story?

A Christmas Story first appeared on Broadway in 2012 to much acclaim, following a highly successful debut in Seattle in 2010. The production was nominated for three 2013 Tony awards, including Best Musical and Best Score.

This year, the family favorite festive treat returns to New York City to reunite its original Broadway cast and retell the hilarious story of the bespectacled (and mischievous!) Ralphie and his quest to secure the ultimate Christmas gift for himself: an Official Red Ryder Carbine-Action 200-Shot Range Model Air Rifle.

Dan Lauria plays Jean Shepherd once again while the lead role of Ralphie is yet to be announced following an exciting set of open auditions.

Suitable for families with children aged eight and up.

Around two and a half hours with one intermission

Images used are from the 2012 Production - the part of Ralphie for the 2013 Broadway run is yet to be announced.

Seen A Christmas Story? Loved it? Hated it?

Sound good to you? Share this page on social media and let your friends know about A Christmas Story at Theater at Madison Square Garden.