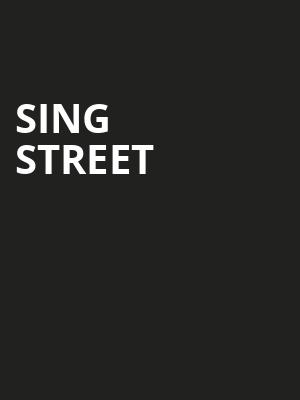 Instantly transporting and delightful... it'll give you joy!

Having become a sell-out success over at the NYTW as part of its 2019/20 season, John Carney and Enda Walsh bring Sing Street, the duo's second collaboration after 2011's Once, to Broadway's main stem.

Based on Carney's 2016 indie film of the same name, this Dublin set musical takes us back to the 1980s, where one young boy and his band seek to escape the reality of the times with the power of music. With a score inspired by and including some of the era's New Wave classics and choreography by Moulin Rouge's Sonya Tayeh, Sing Street looks set to become one of Broadway's freshest new shows.

Telling the tale of Irish schoolboy Connor, who decides to form a band in order to impress a girl in 1985 Dublin, Sing Street is a love letter to the decade and its music and a witty comedy about the fumbling of adolescence that brims with Irish charm, humor, and resilience. Game of Thrones alum Brenock O'Connor reprises his role as hopeless romantic Connor, alongside Max Bartos, Billy Carter, Zara Devlin, Jakeim Hart, Martin Moran, Anne L. Nathan, Johnny Newcomb, Gian Perez, Sam Poon, Skyler Volpe and Amy Warren.

Sound good to you? Share this page on social media and let your friends know about Sing Street at Lyceum Theater.