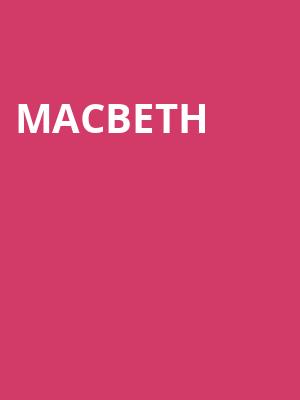 From James Bond to Shakespeare's famous tragedy, screen and stage star Daniel Craig returns to Broadway and joins Oscar nominee Ruth Negga in this upcoming production of Macbeth. Together they'll bring the whirlwind of tragedy and vengeance, whilst capturing the passion behind Shakespeare's most haunting text, to the Lyceum Theatre for a 15-week run.

What is Macbeth About?

Thought to have first been performed in 1606, you'll follow the journey of Scottish general Macbeth who receives a prophecy from three witches that one day he will rule all of Scotland. Consumed by the idea, Macbeth and his wife Lady Macbeth do whatever it takes to make the prophecy come true, even if that means blood on their hands. But of course, their actions have consequences and both Macbeth and Lady Macbeth are driven into a state of madness.

Some people behind the curtains of the theatre believe that this play is cursed, and will not mention the title out loud. Instead, they refer to it as 'The Scottish Play'. If they do mention it, they have to go outside and spin around three times then knock on the stage door and ask to be let back in.

Seen Macbeth? Loved it? Hated it?

Sound good to you? Share this page on social media and let your friends know about Macbeth at Lyceum Theater.