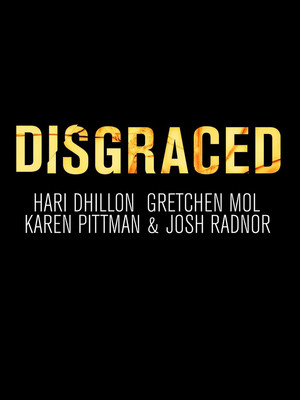 Bristles with wit and intelligence!

The Pulitzer-winner premieres on Broadway

Josh Radnor and Gretchen Mol star in this award-winning play by Ayad Akhtar about an affluent Muslim-American couple living in New York City, whose views on race, relationships and identity are left shattered after a dinner party with a co-worker and her husband. The play won the Pulitzer Prize for Drama and an Obie Award for Playwriting, both in 2013, and premiered in 2012 in Chicago, after which it ran Off-Broadway at the Lincoln Center Theater. Kimberly Senior, who directed both initial US productions, will return to direct this Broadway production.

Hari Dhillon, who led the cast in the play's London premiere, will play the lead in this Broadway premiere alongside Mol, Radnor and Karen Pittman. Radnor is well-known for his central role in the television series How I Met Your Mother, which aired its finale in March 2014. He is no stranger to the Great White Way, having performed on a Broadway stage twice before - in 2002 in The Graduate and again in 2011 in a one-night benefit reading of She Loves Me.

What Is Disgraced About?

Amir Kapoor (Dhillon) is a successful lawyer of Pakistani ethnicity, living and working in New York City. He is married to an American artist (Mol) whose work is influenced heavily by Muslim culture and religion. When Amir and Emily, his wife, have his African-American colleague Jory (Pittman) and her Jewish husband (Radnor) over for dinner one night, the dinner table talk intensifies when they begin discussing a controversial case Amir has become involved in, the jovial mood soon disintegrating as sensitive subjects of race, religion and identity are raised.

The performace was completely captivating. In the end, I found myself wanting... more

Sound good to you? Share this page on social media and let your friends know about Disgraced at Lyceum Theater.