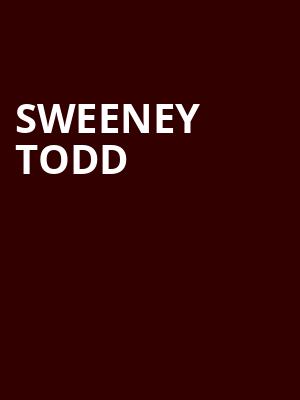 They all deserve to die. Even you, Mrs. Lovett Even I.

The Worst Pies in Laandan!

Broadway's Lunt-Fontanne theatre is set to be transformed into the streets of Victorian London as this brand new staging of Stephen Sondheim and Hugh Wheeler's legendary musical sweeps into town in February 2023, starring Annaleigh Ashford and Josh Groban! A macabre tale of a barber who finds a creative use for his customers, the production is directed by Hamilton's Thomas Kail, with choreography from Steven Hoggett.

In typical Sondheim-ian style the story of the Demon Barber of Fleetstreet is laid bare and his grisly collaboration with pie shop owner Mrs. Lovett is exposed in classic songs including 'The Worst Pies in London' and 'Not While I'm Around'.

Debuting on Broadway in 1979, Sweeney Todd scooped up an incredible eight Tony Awards, including Best Musical, and was later adapted for the screen by Tim Burton starring Johnny Depp and Helena Bonham-Carter in the leads. More recently it has seen various high-profile revivals on both Broadway and in London's West End, most notably Emma Thompson and Bryn Terfel starring in the concert version at the Lincoln Center in 2014.

The legendary barber Sweeney Todd, hell-bent on revenge after being transported wrongly for murder, returns to London twenty years later and takes up with his neighbor, the enterprising meat pie-making Mrs. Lovett in a gory plot to slice their way through London's elite. Justice will be served - along with the lush melody, audacious humor, and grisly thrills!

Two hours and 45 minutes with one interval

Sound good to you? Share this page on social media and let your friends know about Sweeney Todd at Lunt Fontanne Theater.