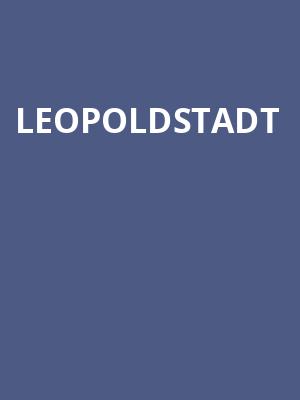 Tom Stoppard delivers an unforgettable... play from the heart

Playwright Tom Stoppard's most personal work to date, Leopoldstadt is a look at the titular old Jewish Quarter in 1900s Vienna, after an influx of population after the Emperor, Franz Joseph, permitted the Jewish in his country full civil rights a generation before. Following one family over four generations, it is a deeply poignant and important projection of the Jewish experience in the 20th century.

Centering on one family at the heart of the community - their lives loves, passions, and complexities as they contribute to the vibrant society growing around them -  expect typical Stoppardian wit and observation, wordplay, and sweeping drama from this exciting new epic. Directed by Patrick Marber, it is Stoppard's first play that explores his Jewish ancestry and is drawn from their experiences.

His first play since 2015's The Hard Problem, Leopoldstat joins the playwright's 30 something works, alongside Travesties, Arcadia, Rosencrantz, and Guildenstern are Dead, and many more. One of the country's greatest living dramatists, Stoppard is known for creating beautiful, intelligent works that challenge the audience as much as entertain.

Images taken from the London production

Leopoldstadt is not your normal Stoppard, it's his most accessible, masterful and deeply moving.

Our review of Leopoldstadt's London production

The cast of this show was fresh, enthusiastic, and completely suited to... more

Being a season ticket holder, I went to this play. It was part of the package... more

Sound good to you? Share this page on social media and let your friends know about Leopoldstadt at Longacre Theater.