Sorry! You missed At This Performance... at Lion Theatre 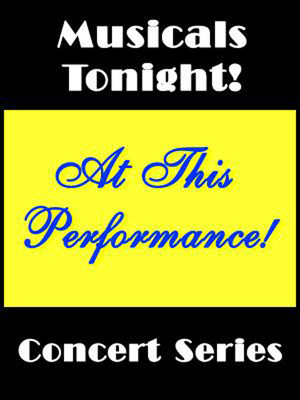 Will you spot the star of tomorrow?

Why See At This Performance...?

With the stars of the big Broadway musicals all making their names on the stage, it is easy to forget about those who daily await that call to save the day in case of emergency; the standbys and the understudies. Equally talented and committed, these theatre folk are the forgotten heroes behind every performance, often stepping up to the plate at short notice. As part of Theatre Row's Musicals Tonight season, we welcome some of Broadway's current standbys to sing the biggest tunes from their respective shows - unless they're called to do their duty, of course!

For the past 15 years Musicals Tonight have honored the role of the Broadway standbys and understudies of their day. Often, many of them go on to lead the biggest shows on the Great White Way, and also to international acclaim. Having presented a staggering 800 different artists over these performances, this is a surefire way to check out the biggest Broadway stars of the future. In this series of five concerts, 10-12 understudy performers each present a tune from their show and a song from their own repertoire.

Two hours and 30 minutes, including one intermission

Seen At This Performance...? Loved it? Hated it?

Sound good to you? Share this page on social media and let your friends know about At This Performance... at Lion Theatre.