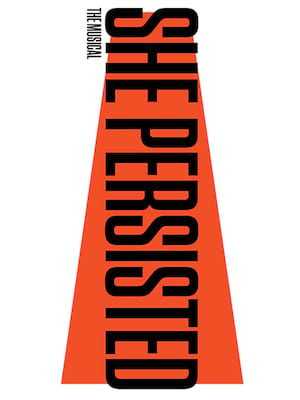 She Persisted, The Musical

This is sure to bring some levity to what is usually the darkest chunk of New York winter.

Why See She Persisted, The Musical?

Calling all feminists young and old, the brand new musical adaptation of former first daughter Chelsea Clinton's best-selling children's book is boldly stepping on to the Linda Gross Theatre stage for its hotly anticipated Off Broadway premiere in early 2020. The song and dance retelling of She Persisted: Thirteen American Woman Who Changed The World features a script and lyrics by Adam Tobin and dual direction and choreography by MK Lawson (The Drowsy Chaperone).

Sure to light a fire in the hearts of mini activists across the city, the story follows pint-sized heroine Naomi. The plucky fourth-grader heads to the Women's History Museum on a school field trip, a seemingly run-of-the-mill activity that turns into a grand time-travelling adventure! Along the way she meets some of history's most inspirational women and learns a great deal about making waves and shaping history.

Seen She Persisted, The Musical? Loved it? Hated it?

Sound good to you? Share this page on social media and let your friends know about She Persisted, The Musical at Linda Gross Theater.