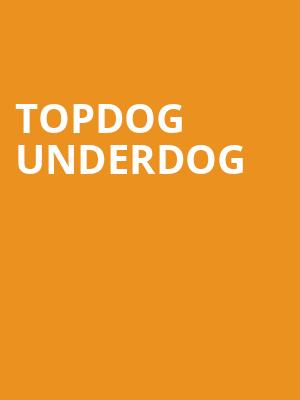 The Pulitzer-winning play by Suzan-Lori Parks' returns to Broadway

Topdog/Underdog, the Pulitzer-winning work by Suzan-Lori Parks, returns to Broadway for its first-ever revival! The critically-acclaimed play will be revived in an exciting new 20th anniversary production starring Yahya Abdul-Mateen II and Corey Hawkins and directed by Kenny Leon (A Raisin In The Sun). Don't miss this drama former New York Times theatre critic, Ben Brantley, called "the best American play of the previous 25 years"!

Topdog/Underdog is a dark comedy about two African-American brothers Lincoln and Booth. Named so as an in-joke by their father, they grow up sharing the bonds of family and sibling rivalry. As the pair struggle to earn an honest living, their bonds are put to the test - as are the lengths they'll each go to salvage a life worth living from the hands they've been dealt.

Sound good to you? Share this page on social media and let your friends know about Topdog Underdog at John Golden Theater.