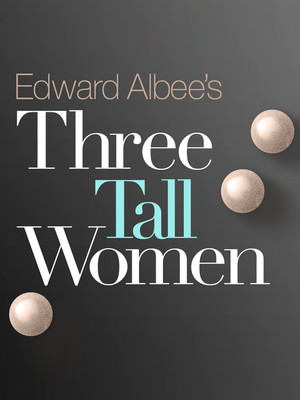 'Three Tall Women' is rigorous but also generous, even loving, to its characters - and audience

Edward Albee's Pulitzer Prize-winning 1994 play is set to make its Broadway debut in 2018, starring three incredible leading ladies; Laurie Metcalf (Misery), two-time Academy Award-winner as Drama Desk winner Brit Glenda Jackson, who is fresh from her lauded role as King Lear in the West End, and Tony nominee Alison Pill (The House of Blue Leaves). It's helmed by the formidable Joe Mantello, who has won two Tony Awards for his work directing hit musicals Take Me Out and Assassins.

This engaging four-hander explores the troubled relationships between an elderly woman, her caretaker, her lawyer and her estranged son. Based in part on Albee's own estrangement with his upper-class WASP parents due to his homosexuality, he later described it as an "exorcism". The three female characters, A, B and C switch between playing three different women, to different incarnations of Woman A at varying stages throughout her life, as she reminisces about her choices and relationships that have led her here, to her death bed. Her son remains mute throughout the play, although his presence causes some consternation with A and B due to his sexuality.

Although not the first time to be seen in New York (it played at the Off-Broadway Vineyard Theatre in 1994), it premiered in Austria in 1991 before heading to London's West End. In fact, Dame Maggie Smith has appeared in the play twice; once in 1994 and again in 2011!

One hour and 45 minutes with no intermission

Loved It, A wonderful night of drama and laughs, Not for children, great... more

A remarkable cast directed brilliantly. Glenda Jackson is a force of nature... more

Sound good to you? Share this page on social media and let your friends know about Three Tall Women at John Golden Theater.