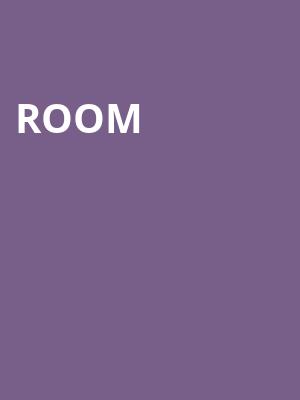 (a) story that is in some ways a harrowing one, that brings many in the audience to tears. Yet is also a tremendously beautiful, vivid and uplifting show

Tony winner Adrienne Warren stars as 'Ma' in this much anticipated new musical.

This stunning musical adaptation of Emma Donoghue's bestselling novel comes to Broadway this April, following acclaimed runs in Toronto and Stratford. Co-created by Covent Garden Productions and Grand Theatre London, Canada, Room is adapted by Donoghue and with music and lyrics from Scottish writing team Cora Bissett and Kathryn Joseph. Those familiar with both the book and the subsequent Oscar and Bafta-winning film starring Brie Larson will be warmed by what critics have described as a 'truthful and beautiful' show that explores the depths of a mother's love in the face of unimaginable horror.

What is Room about?

Room is the story of Ma and her son Jack who live in a purpose-built 'room' in an unknown captor's garden. Ma, herself only just entering adulthood, has been trapped in the despair of 'room' for seven years, but to five-year-old Jack, it's all he's ever known. With only the TV for company, Jack's bright imagination creates friends out of his surroundings whilst Ma channels her fear into keeping Jack safe and looked after. When the opportunity for escape arises, Ma and Jack have no idea that their biggest obstacle might not lie in rescue, but in what comes after.

Photo by Anna Dudková on Unsplash

Seen Room? Loved it? Hated it?

Sound good to you? Share this page on social media and let your friends know about Room at James Earl Jones Theatre.