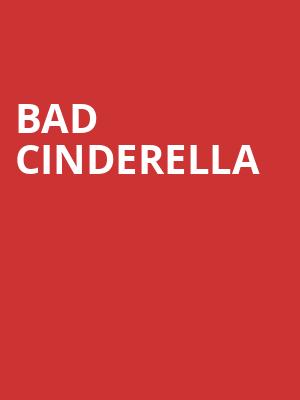 warm and inclusive, with relatable, down-to-earth heroes and pertinent points about our quest for perfection and our expectations of each other and ourselves

The magic of Sir Andrew Lloyd Webber returns to Broadway in 2023 with the much-anticipated transfer of his newest show, Bad Cinderella! Last seen in London under the title Cinderella, the show is penned by Academy Award winner Emerald Fennell, with music by ALW and lyrics by David Zippel. Linedy Genao will star as Cinderella in this new specially adapted for Broadway production, that turns the classic fairytale on its head for a new generation!

Lloyd Webber announced the new production stating ""I am thrilled and delighted that we are bringing Bad Cinderella to the Imperial Theatre. We have been working hard on a few new songs for our Broadway opening and, with such a brilliant team, led by the spectacular Linedy, I know this is going to be really special."

With direction from Laurence Connor (Joseph And The Amazing Technicolour Dreamcoat) and Choreography from School of Rock's JoAnn Hunter, Bad Cinderella is set to become one of the biggest new productions of the new year!

Welcome to the picturesque town of Bellville, where the streets, and the citizens, are all gorgeous folk, each living a fairytale existence. Well not all of them. Resolutely rebelling against Bellville's picture-perfect persona is the town's brash outcast; Cinderella. This tough girl wants out of Bellville, especially now her only friend, Prince Sebastian is more into his Heir to the Throne Duties than their friendship. But as they grow apart, a new spark seems to keep them together...Add to that the Queen has ordered a Royal Wedding to keep the peasants happy, and it looks like the steadfastly unique loudmouth is going to have to do something she never dreamed of - conform. With the help of The Godmother, can Cinders find true love and more importantly, true happiness in her own skin?

Sound good to you? Share this page on social media and let your friends know about Bad Cinderella at Imperial Theater.