Sorry! You missed Sea Wall / A Life at Hudson Theatre 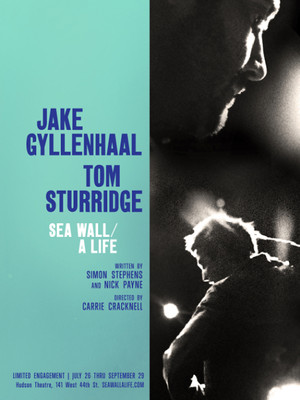 The writing in these separate monologue... is excellent, as are the solo performances by Tom Sturridge...and Jake Gyllenhaal

After a sell-out run at the Public Theater's Newman Theater earlier this year, Jake Gyllenhaal and Tom Sturridge return to New York this summer as Sea Wall / A Life transfers to Broadway! Setting up shop at the Hudson Theatre for a strictly limited run, don't miss your chance to see Gyllenhaal and Sturridge reprise their "beautifully acted double bill" (New York Times).

Two fantastic collaborations between actors and in demand playwrights form the basis for this intriguing double-bill. Intense and intimate, prepare to be blown away by two remarkable monologues plumbing the complexities of human emotion. Carrie Cracknell returns to direct.

Sea Wall
Simon Stephens, starring Tom Sturridge.
An unforgettable meander into one man's life and his understanding of love and religion, Stephens' Sea Wall has been called stunning and devastating and is a perfect showcase for Oliver-nominated Sturridge.

Images are taken from the original Public Theater production.

Sound good to you? Share this page on social media and let your friends know about Sea Wall / A Life at Hudson Theatre.