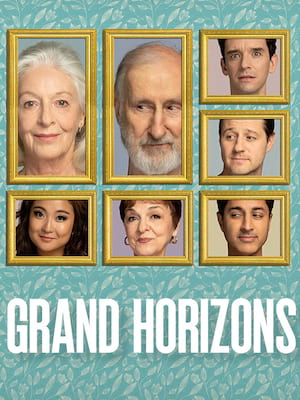 Wohl presents another searing portrait of the active fault lines beneath the smooth surface of family life and the unpredictable nature of love. Married for fifty years, Bill and Nancy are the bees to each other's knees. No other married couple their age is as in sync or set for lifelong matrimonial bliss. But when they move to a community-based residential facility for the elderly called Grand Horizons, Nancy suddenly wants a divorce, which comes as a shock to everyone the couple knows, including their own two sons.

Two hours and 15 minutes, including one intermission.

Sound good to you? Share this page on social media and let your friends know about Grand Horizons at Helen Hayes Theater.