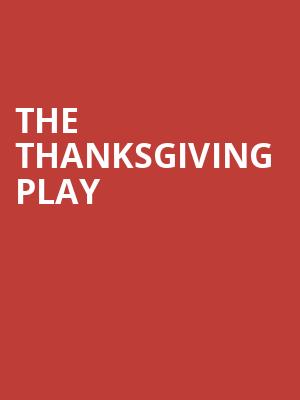 Satire doesn's get much richer than that.

Why See The Thanksgiving Play?

Larissa FastHorse becomes the first female Native American playwright to be produced on Broadway as her roaring satire, The Thanksgiving Play comes to the Second Stage's Hayes Theatre in spring 2023. Directed by Hadestown's Rachel Chavkin, The Thanksgiving Play is a hilarious and farcical rendering of the assumptions, privilege, and representation issues that arise when a group of Caucasian actors set out to create a culturally sensitive Thanksgiving school pageant.

Whilst on the surface, Thanksgiving celebrations represent community, gratitude, and family time, the harvest festival's complex history ties in with the oppression of the Native American peoples that populated America long before the pilgrims arrived.

A whirlwind of dark humor and political commentary, the comedy expertly takes down white American mythology against the backdrop of an all-American elementary school. Following a disastrous production of the Ice Man Cometh that wound up with 300 parents signing a petition calling for her firing, drama teacher Logan seeks to put on the most culturally sensitive, 'woke' production of the Thanksgiving story whilst also celebrating Native American Heritage Month. In true farce style, things go wrong before you can say 'happy thanksgiving!".

Seen The Thanksgiving Play? Loved it? Hated it?

Sound good to you? Share this page on social media and let your friends know about The Thanksgiving Play at Hayes Theatre.