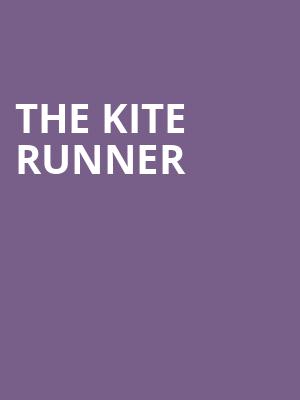 Images from the London production of The Kite Runner. All graphics and images are property of the production.

the touching story of the novel is carried on stage by the turbulent ups and downs, echoing the ducking and diving of a fighting kite that will come up winning.

Why See The Kite Runner?

The enchanting stage adaptation of Khaled Hosseini's bittersweet bestselling novel finally makes its New York City landing with a limited run at the Hayes theatre from July 6, 2022. Adapted by Matthew Spangler, the show was first seen at San Jose State University back in 2007, before premiering in London's West in 2017, directed by Giles Croft. Highly evocative and moving, it's a redemptive tribute to friendship that resonates with people of all backgrounds - don't forget the tissues.

up and away - the story of the kite runner

The Kite Runner follows the story of best friends, Amir and Hassan, a servant of his wealthy merchant father. They spend their simple yet idyllic existence flying kites, honing their skills. However, when the local bully assaults Hassan, Amir finds himself to his horror running away from his friend. Their kinship at an end through Amir's fraught feelings, both of their lives are further cleaved apart as the monarchy falls, the Soviets invade and the Taliban seizes power.

Amir and his father flee the violence, leaving Hassan and his father to the fate of the warring tribes and the rise of the Taliban regime, ending up in the United States. But Amir is haunted by the fate of his friend and embarks on a bittersweet journey after 9/11 to trace Hassan and beg forgiveness. However, the rise of the Taliban has changed everything, and Amir's search takes an ultimately different path.

Heartwarming, intriguing, wonderful adaption of a bestselling novel. A... more

Sound good to you? Share this page on social media and let your friends know about The Kite Runner at Hayes Theatre.