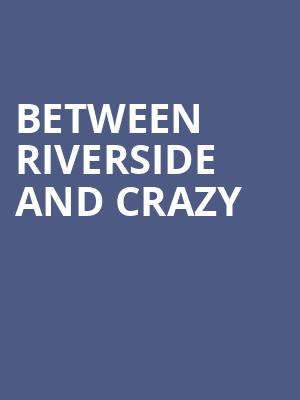 Between Riverside and Crazy

It's a dizzying and exciting place to be!

Why See Between Riverside and Crazy?

First premiering Off-Broadway at the Linda Gross Theatre in 2014, Between Riverside and Crazy made waves across the most eminent theatrical circles for its delightfully dark black-comedy. It won the New York Drama Critics Circle Award for Best Play, the Lucille Lortel Award for Outstanding Play, the Outer Critics Circle Award For New Off-Broadway Play and the Pulitzer Prize For Drama. Needless to say, its premiere run was a hit! Now catch this acclaimed black comedy-drama as it returns home to New York City for a stint at the Helen Hayes Theatre courtesy of Second Stage Theater.

Stephen Adly Guirgis's prize-winning play centres around a father and son living in a rent-controlled New York City apartment. Dad, Walter 'Pops' Washington, is a recently retired cop who was injured in the line of duty, and  his adult son , Junior, is out on parole. Thrown into the mix are a collection of characters who mean well but only end up adding more chaos to a household already on the verge breaking-point. Will Pops be able to hold onto his sanity, let alone his apartment?

Seen Between Riverside and Crazy? Loved it? Hated it?

Sound good to you? Share this page on social media and let your friends know about Between Riverside and Crazy at Hayes Theatre.