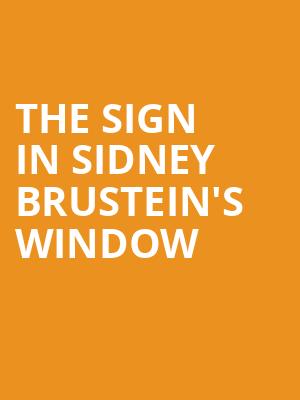 The marvelous pairing of Rachel Brosnahan and Oscar Isaac join forces for this revival of Lorraine Hansberry's rarely performed 1964 The Sign in Sidney Brustein's Window at BAM's Harvey Theatre in February 2023.

The story of a 1960s Greenwich Village intellectual forced to confront his ideals and beliefs when he buys a local newspaper and embarks on campaigning journalism - only to discover that nothing is as it seems, The Sign in Sidney Brustein's Window is an astute examination of the multilayered social ideas that bubbled up in the era, and the reflection in the Brustein's relationship with the world around them.

Directed by Anne Kauffman, this production offers a chance to see more of Hansberry's work beyond Raisin In The Sun, as expressed by BAM's Artistic Director David Binder, who commented "Without a doubt, Raisin is a masterpiece, but Hansberry's evolution and contribution to this country's culture, history and political motion stretches way beyond that astonishing accomplishment."

Sidney is a Jewish intellectual who feels unfulfilled by his life. With a strained marriage, a failed business venture in a nightclub behind him, and feeling isolated by his bohemian friends, things start looking up for him and his wife Iris when he buys a local newspaper and throws his political support behind a popular and left-leaning candidate for office, suggested to him by his friend Alton. Incidentally, Alton himself has fallen in love with Iris' sister Gloria whom he learns is a model. His work with Sidney will be sure to bring them together....

However, Sidney discovers quickly that O'Hara the politician is hiding demons of his own. As rumors of corruption surface and his wife leaves him for a career in acting, Sidney finds himself embroiled in political intrigue; things come to a head when Alton discovers a secret about Gloria that destroys their relationship and leads to tragedy. Will Sidney reconcile with his wife after the fallout settles?

Seen The Sign in Sidney Brustein's Window? Loved it? Hated it?

Sound good to you? Share this page on social media and let your friends know about The Sign in Sidney Brustein's Window at BAM Harvey Lichtenstein Theater.