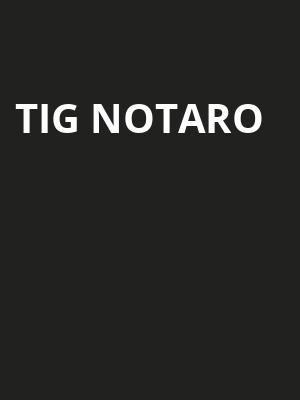 Laid back and very dry comedy from Transparent's Tig

Experience Tig Notaro live when she hits a town near you! Tig first gained national recognition for her 2012 recorded album, Live. A landmark comedy album, it was recorded a handful of days after she was diagnosed with breast cancer. This horrific circumstance formed the basis of her set that night, a routine described as "one of the greatest standup performances ever".

She's since released her own Netflix comedy special and popped up in everything from Transparent to Lady Dynamite. Her comedy style can best be characterized as incredibly dry and incredibly laid back. Tig remains a staple on late night talk shows and public radio and shows no sign of slowing down when it comes to touring the world.

Sound good to you? Share this page on social media and let your friends know about Tig Notaro at Hackensack Meridian Health Theatre.