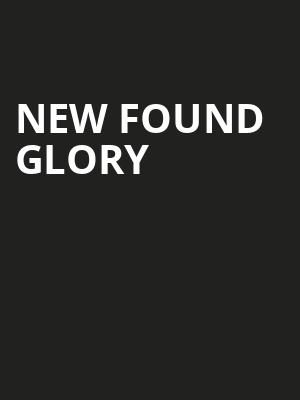 New Found Glory head out on their "Make The Most Of It Acoustic Tour"!

make the most of it acoustic tour!

Hailing from Coral Springs, Florida, punk-pop band New Found Glory were formed in mid-1997 and have been brightening up stadiums and venues ever since with their catchy, anthemic pop-punk tunes. Catch them live on the road in 2023 with their "Make The Most Of It Acoustic Tour", a unique experience where fans will get to hear all the tracks that don't fit into New Found Glory's more 'rowdy' sets.

Emerging during the second wave of Pop Punk, New Found Glory have been heralded as the godfathers of the genre, creating the blueprint for mega-bands such as Blink 182. With nine albums under their belt, New Found Glory will not lack for hits that will leave head banging and dancing all night!

Sound good to you? Share this page on social media and let your friends know about New Found Glory at Hackensack Meridian Health Theatre.