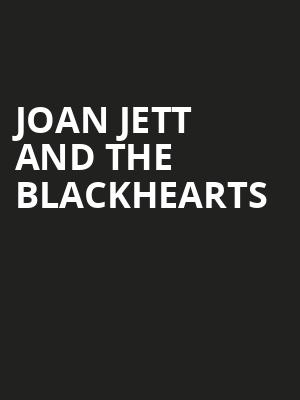 Joan Jett and The Blackhearts

Why See Joan Jett and The Blackhearts?

Rock N Roll Hall Of Famer Joan Jett and her band The Blackhearts are back out on the road across America this spring, with a run of dates including a two night residency at the Pearl in Las Vegas. The 'I Love Rock N Roll' singer continues to be one of rock music's greatest icons, inspiring generations with the fierce energy in her timeless songs and electric performances.

Starting her Blackhearts career in the early '80s, Jett had previously been a member of 70s rock band The Runaways, finding global success with hits such as 'Cherry Bomb' and 'Queens of Noise'. But a string of further hits with the Blackhearts coupled with her sheer rock n' roll attitude and infectious persona catapulted her to iconic status, becoming revered as a hero to many in the Riot Grrrl movement as she tore her way through the male-dominated world of rock music.

Seen Joan Jett and The Blackhearts? Loved it? Hated it?

Sound good to you? Share this page on social media and let your friends know about Joan Jett and The Blackhearts at Hackensack Meridian Health Theatre.