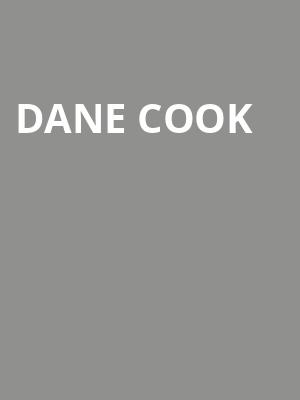 Dane Cook is ready to bring the laughter!

Dane Cook returns to the stage

American film and television actor, comedian and bona fide eye candy indulgence Dane Cook is back on the road! The American Gods star is one of the country's most popular comedians, with a guy-next-door attitude that serves to expand his comedy with many audiences. Don't miss him as he continues to dominate stages and bring hilarious memories for all who attend.

Cook has been performing stand up for more than three decades, although these days he's just as well known as a movie star. From small early roles in the cult Mystery Men and Flypaper, he's now progressed to leading man material with the likes of Good Luck Chuck and shown his dramatic chops in Mr. Brooks.

Stand up remains his real love though. His casual, often very vulgar routines have led to sold-out shows at Madison Square Gardens and numerous Comedy Central and Live Stand Up Specials, which have sold millions of copies worldwide.

I think it is a shame that fans from the Florida show felt the need to... more

First off, Dane Cook was not old or fat, he looked good. As for the show,... more

Sound good to you? Share this page on social media and let your friends know about Dane Cook at Hackensack Meridian Health Theatre.