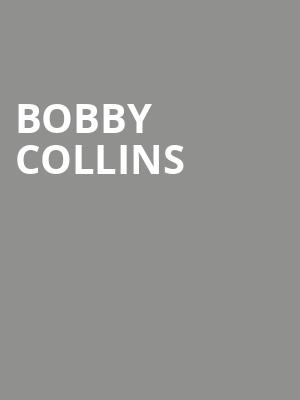 Get ready for Bobby!

Bobby Collins has a job that people always laugh at. As one of today's leading and most sought-after comedic talents, his heartfelt humor engages audiences with a clever blend of characterizations and hilarious observations that everyone can relate to.

Having performed in hundreds of venues, hosted VH1's Stand-Up Spotlight, acted in TV shows and movies, written a best-selling book, garnering a Grammy nomination, performed with the likes of Frank Sinatra, Cher, Dolly Parton and Chris Rock, you're probably thinking is there anything Bobby can't do?! And you'd be right in thinking that, with this extensive (and not even complete) resume Bobby Collins is rightly one of America's greatest performers.

Don't miss him when he brings his infectious personality to your town!

Have seen him half a dozen times and he gets better every time. more

Sound good to you? Share this page on social media and let your friends know about Bobby Collins at Hackensack Meridian Health Theatre.