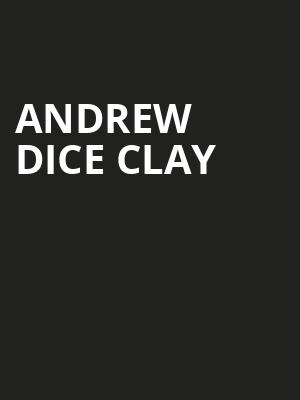 The controversial comic is on the comeback trail

Not for the faint-hearted

One of the most controversial comics of all time, Andrew Dice Clay is experiencing a bit of a career resurgence of late. With recent appearances in TV shows like Entourage and his much-heralded dramatic turn in Woody Allen's Blue Jasmine, the crass comic is back after several years out of the spotlight.

Dice's obnoxious, sexist, misogynistic on-stage persona earned him a seat at the top of the comedy table during the late eighties/early ninties. He is still one of the few comedians to sell out Madison Square Garden for two nights in a row. But changing attitudes and a ban from MTV precipitated a backlash to the comic's x-rated material and he withdrew from the circuit. Now, Clay is bringing his no-holds-barred routines and rock 'n' roll persona (think Elvis crossed with a young Brando) to a city near you!

For mature audiences only

Sound good to you? Share this page on social media and let your friends know about Andrew Dice Clay at Hackensack Meridian Health Theatre.