Sorry! You missed The Devil Wears Prada at Gramercy Theatre 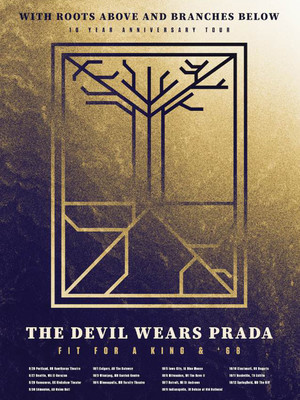 Why See The Devil Wears Prada?

Not to be confused with the Meryl Streep and Anne Hathaway movie of the same name, metalcore collective TDWP have come a long way since cutting school in 2005 to go on the road to tour. Their 2018 tour celebrates 10 years of their May 2009 release With Roots Above and Branches Below and sees them supported by Fit for A King and '68.

Ironically, the band named themselves after the comedy-drama novel, which they had assumed to carry an anti-materialism message. After discovering to their annoyance that it was anything but anti-materialistic, they refused steadfastly to change their name!

Seen The Devil Wears Prada? Loved it? Hated it?

Sound good to you? Share this page on social media and let your friends know about The Devil Wears Prada at Gramercy Theatre.