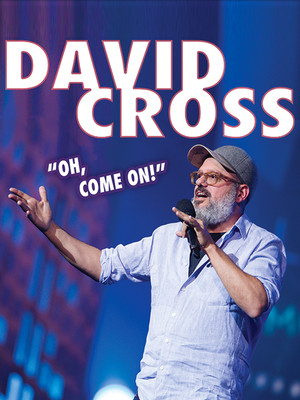 A veteran TV and Film actor, David Cross returns to his stand-up roots!

Many know him as the kooky never-nude Tobias Funke from the cult classic show Arrested Development, or as the titular character in black comedy The Increasingly Poor Decisions of Todd Margaret, but David Cross cultivated his humour as a young stand-up in New York in the 80s before setting down roots as a TV star. The comedian steps back into the spotlight with his "Oh Come On" tour which he's promised to be an hour of "hi-jinx and tom foolery".

With a title like that, the tour is sure to be filled with Cross' trademark political satire and wry observations. His particular brand of comedy perpetuates the idea that sarcasm is in fact the highest form of wit, whilst also eschewing rambling speeches for performance-based scenarios (he is after all, a veteran actor). Don't miss out on one of America's most original comedy minds!

Sound good to you? Share this page on social media and let your friends know about David Cross at BAM Gilman Opera House.