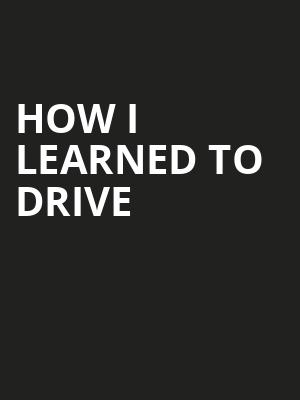 How I Learned To Drive

Why See How I Learned To Drive?

25 years since its off-Broadway debut Paula Vogel's Pulitzer Prize-winning play How I Learned To Drive heads to Broadway this March. Featuring original stars, Mary-Louise Parker and Tony nominee David Morse (The Iceman Cometh), How I Learned To Drive is a heart-wrenching drama about the everlasting effects of sexual abuse.

Seen How I Learned To Drive? Loved it? Hated it?

Sound good to you? Share this page on social media and let your friends know about How I Learned To Drive at Samuel J. Friedman Theatre.