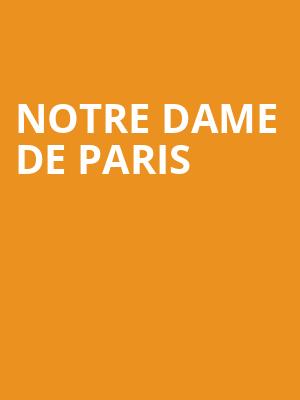 All logos, graphics and images are property of the production

If Cirque du Soleil were to put on a musical, this may very well be what it would look like.

Based on the iconic novel by author Victor Hugo, Italian crooner Richard Cocciante and French-Canadian lyricist Luc Plamondon's musical-opera hybrid Notre Dame de Paris was first performed in 1998 and now, over two decades later, the cult smash hit makes its Broadway bow! After touring 23 countries in nine languages, the enchanting production is set to play at the Lincoln Center's David H. Koch Theater for a strictly limited run of seven performances this july.

An ensemble of dancers, singers, acrobats, and musicians weave the glorious gothic tale of the cathedral bell-ringer Quasimodo, a hunchback who works amidst Paris spire's in the late 1400s. The deformed protagonist holds a candle for the enchanting Roma gypsy dancer Esmerelda, but is unaware that two other men vie for her affections - the fearsome archdeacon Claude Frollo and lothario Captain Phoebus. Their interactions prove fraught, and Quasimodo does all in his power to protect his love.

Sound good to you? Share this page on social media and let your friends know about Notre Dame de Paris at David H Koch Theater.