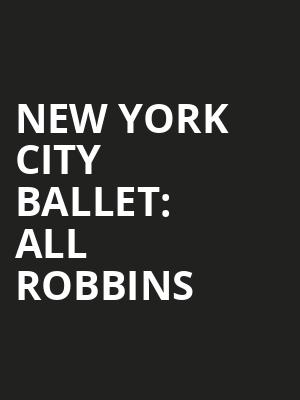 "He helped to shape the New York City Ballet's creative profile with daring and brio for half a century through his often startling, always experimental choreography in ballet's classical idiom."

A night of Robbins

All Robbins series takes on very special meaning for New York City Ballet. This annual celebration of their co-founder's catalog is always a dazzling display of the choreographer's wit and originality mixed with Tschaikovsky's piano pieces and Robbins' audience favorite ballet Robbins' The Four Seasons to create an evening of encompassing compositions.

Perhaps best known for his work on Broadway, such as West Side Story, Gypsy and Fiddler on The Roof, Robbins the latter part of his life to building NYCB into the most creative and experimental ballet companies in the world.

Sound good to you? Share this page on social media and let your friends know about New York City Ballet: All Robbins at David H Koch Theater.