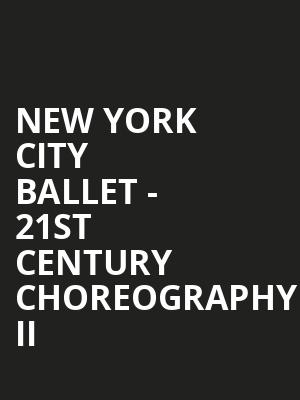 THE FUTURE OF MODERN BALLET ii

Celebrating the most formidable creators of our century, NYCB's 21st Century Choreography is an unmissable series that encompasses those who help to bring ballet into the 21st century to those who work to push its boundaries even further. Spring's 21st Choreography II heralds the arrival of two much-anticipated premieres, the first from Canada's Alysa Pires, the second marking Christopher Wheeldon's 23rd work for the company! Rounding out the program is another chance to see Justin Peck's propulsive portrait of urban life, The Times Are Racing.